National Black HIV/AIDS Awareness Day was started 14 years ago to focus attention on HIV in blacks and African Americans,* the racial/ethnic group most affected by HIV in the United States.

Blacks make up only 12% of the U.S. population but had nearly half (44%) of all new HIV infections in the United States in 2010. Half of new HIV infections in blacks were in gay, bisexual, and other men who have sex with men, of whom younger gay and bisexual men (aged 13 to 24) were most affected. These young men, in fact, made up more new infections than any other age group of men or women, regardless of their race/ethnicity.

Despite these numbers, there are encouraging signs of progress against HIV in the black community. Blacks are more likely than other races and ethnicities to report that they have been tested for HIV at least once—65% versus 46% for Hispanics/Latinos and 41% for whites. And the number of new HIV infections among blacks overall is on target to meet a 2015 national goal to reduce new infections by 25%. As well, black women had a 21% decline in new infections in 2010 compared to 2008.

But more work needs to be done to make sure everyone knows how to protect themselves and their partners against HIV. 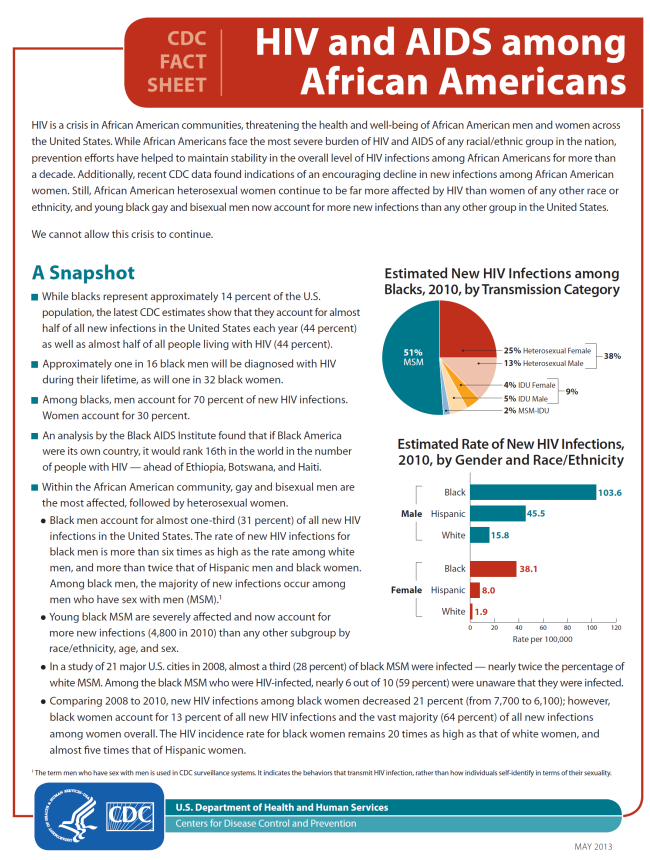