It’s hard to believe that 10 years could go by so fast. Today I was pleasantly reminded through several Facebook posts, including one from 9th, that it was the 10th Anniversary of “The Listening“.

Man….”The Listening” is 10 years old. Tay was working at Blue Cross, Pooh was at Food Lion, and I was making beats for $50.00 and working at Planet Smoothie, trading smoothies for bagels with Brueggers next door just to eat…. – 9th Wonder (Facebook 2/25/13)

Knowing Pat (9th), Phonte and Pooh prior to their eventual collaboration at North Carolina Central University, I would have never known back then how influential these three guys would become. Known to some as the Hip-Hop artists artist, these three men changed the way Hip-Hop groups created music and promoted themselves. Even though they obtained a major label recording contract with Atlantic Records years ago, it was the group’s  indy flare, determination and love for “Architects of Hip-Hop” that were the reasons for their eventual and continued success.

I first heard “The Listening” after getting a copy from one of the guys. I fell in love with it instantly and put it in rotation at the student station AudioNet at NCCU. During that same period of time, I was working for the local Hip-Hop station. The group was hungry for airplay and I wanted to help but the powers-that-be weren’t hearing it. Even though it was a local group, with a pretty decent following, airplay was hard to come by. It wouldn’t be until years later that the group would begin to get airplay on stations both on and off college campuses.

The group, over time, began to get a lot of attention from both critics, Hip-Hip fans and radio station program directors for their music which eventually led to more airplay and more opportunities to perform in and outside of North Carolina. The group had become huge on the underground Hip-Hop scene. Fans loved their style which was seen as a lyrical shout out to backpack groups like A Tribe Called Quest and De La Soul. The three would begin to see that a commitment to hard work, dedication and a love for real Hip-Hop was leading them in the right direction and it was evident in the music and projects that would soon follow.

10 years later, the group is no longer but the classic beats of 9th and the charismatic flow of both Pooh and Phonte found on “The Listening” continues prove that real Hip-Hop never dies or tarnishes no matter what. “The Listening” reminds fans of what the true meaning of Hip-Hop really is…Dope flow, an occasional homage to the classics and the love of a great beat.

Congratulations and Happy Anniversary Fellas! Hip-Hop would not be the same without you. 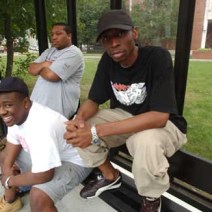 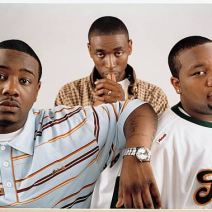 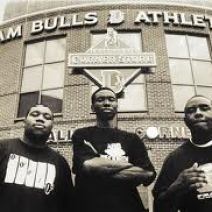